For the Fear of Money

As members of this robust and thriving American economy, I think we have some of the worst relationships with the money of anyone in the world. In America, money has become synonymous with who you are as much as what you do.

A core belief of our society is that anyone can be rich if you just "work hard enough". This American dream has emerged from the protestant work ethic; a theory coined by Max Weber that theorizes those who are "self-made" and work hard have found favor with God.

The flip side of this theory is if you are not "self-made" then you are either lazy, have no marketable skills, maybe even have bad luck and most importantly not found favor with God.

As Americans, we have been programmed to believe that being rich is good and almost divine while being poor is the direct opposite; a belief system that creates a bad relationship between us and our money.

Most of us believe that we are in the middle class - neither rich nor poor. The middle class's goals are to keep heading towards the good (being rich) and not sliding back towards the bad (being poor). These goals can lead to anxiety and ultimately a fear of money.

A 2018 survey by Chapman University’s Survey of American Fears found that the top fear is: “not having enough money for the future,” which has been #1 since 2016. We are afraid of being broke and even more terrified of losing what we have.

People afraid of being broke, period. They are afraid of not being able to support ourselves and our families and moving towards the destiny of being wealthy. But, there is another component to this fear - no one wants to be considered a "loser" or feel like they are second class citizens.

The first step in overcoming fear is to confront it and begin to develop an intimate understanding of your finances. Here are some tips that can help:

This exercise can help develop an understanding of your finances and can be revisited frequently, which will help drive your spending decisions, which ultimately will decrease anxiety and hopefully reduce the fear of money. 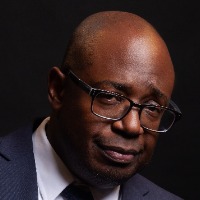